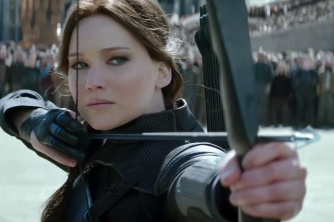 Last November, my wife and I watched the last installment of the movie adaptation of The Hunger Games trilogy. I loved Katniss Everdeen’s character from the beginning. At the end of the movie, however, I can say that I am now disappointed with her.

I’m not referring to the acting of Jennifer Lawrence, or to the movie, or to its storyline, or its entertainment value. I’m referring to Katniss’ character.

Even from the beginning, Katniss was portrayed as a hero, even an unlikely hero at that. From her modest beginnings, to her victories in Hunger Games, and to her propos serving as inspiration to rally citizens of all of Panem to mount a revolution against the Capitol led by the tyrant Snow. In that, she succeeded.

Katniss’ courage, passion and perseverance were fueled partly by her love for her family and partly by her hatred of Snow. In the end, she was chosen (volunteered, really) to execute Snow in a public spectacle. Instead of killing Snow, she shoots her arrow straight into the heart of (interim) President Coin, whom she blamed for the death of her sister Prim and of many others.

Was Katniss willing to die for her family and her people? Maybe. But it is also clear that she was willing to kill. Not for justice, but as an act of hateful revenge. She has taken matters into her own hands.

Coin told Katniss before she executes Snow, “Mockingjay, may your aim be as true as your heart is pure.” Katniss’ arrow was right on target. But her aim was not true nor her heart pure.

But my disappoinment with her was actually a good thing, I believe. For the failings of this fictional hero point us toward the perfection of a real life Hero. The Hero of all heroes. His name is Jesus the Christ.

He rescued us from our bondage to sin, the tyranny of Satan, and impending destruction. Not by killing his enemies. But by dying for his enemies. He did not shoot flaming arrows to his enemies or drop bombs from heaven to annihilate rebels. He took the judgment we all deserved. He became our substitute on the cross. While dying on that old rugged cross, he prayed for his enemies, “Father, forgive them.”

He was the true Hero who was willing to die for us because of the great love with which he loved us.

So when I look to any other hero to rescue me or my family or our country, I know I will be disappointed, sooner or later. But when I look to Jesus over and over again, he won’t fail nor disappoint. Ever. So, I will keep my eyes on Jesus.

And let us run with endurance the race God has set before us. We do this by keeping our eyes on Jesus, the champion who initiates and perfects our faith. Because of the joy awaiting him, he endured the cross, disregarding its shame. Now he is seated in the place of honor beside God’s throne. Think of all the hostility he endured from sinful people; then you won’t become weary and give up. (Hebrews 12:1-3 NLT)

Thank you, Katniss, for reminding me of the true and better Hero.