It is sad that many Christians are joining a church or staying in a church because they feel comfortable there. The life of Christians in the early church recorded in the Book of Acts was unlike that of sitting in a very comfortable sofa. They were heavily persecuted because of their faith and obedience to Jesus. That’s the experience of the early church. Does it still happen today? 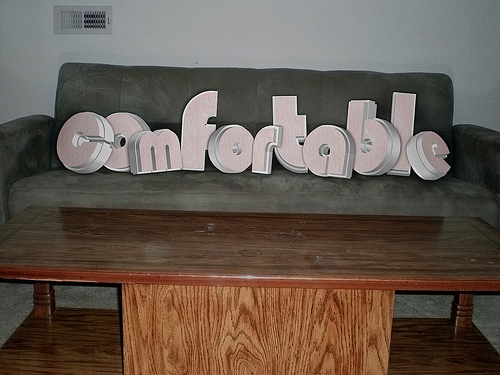 Consider this eye-opening statistics from a Christian magazine:

Between 200 million and 230 million believers face daily threats of murder, beating, imprisonment and torture, and a further 350 million to 400 million encounter discrimination in areas such as jobs and housing. A conservative estimate of the number of Christians killed for their faith each year is around 150,000…Christians were ‘harassed’ by government factors in 102 countries and by social factors, such as mob rule, in 101 countries…Christians faced some form of harassment in two-thirds of all countries, or 133 nations.

Why are we not persecuted as much as other Christians in other countries? Probably because of the freedom we have in our country to practice our religion and preach the gospel.

Or probably there’s another reason: because we are disobedient. We are becoming like the world, the world likes us so much because they don’t see anything different. Jesus said to his followers, “If you are of the world, the world would love you as its own” (John 15:19). Paul wrote to Timothy, “Indeed, all (not some, not many, but all) who desire to live a godly life in Christ Jesus will be persecuted” (2 Tim. 3:12). One possible explanation why we are not being persecuted is because we don’t live a godly life, but a worldly one.

To understand how the early church responded to persecution, click the image thumbnail on the left to listen, read, download or share the sermon Persecution and Boldness, part 4 of the 12-part sermon series The Story of God’s Church.
14.950000 120.883333

One thought on “Comfortable?”