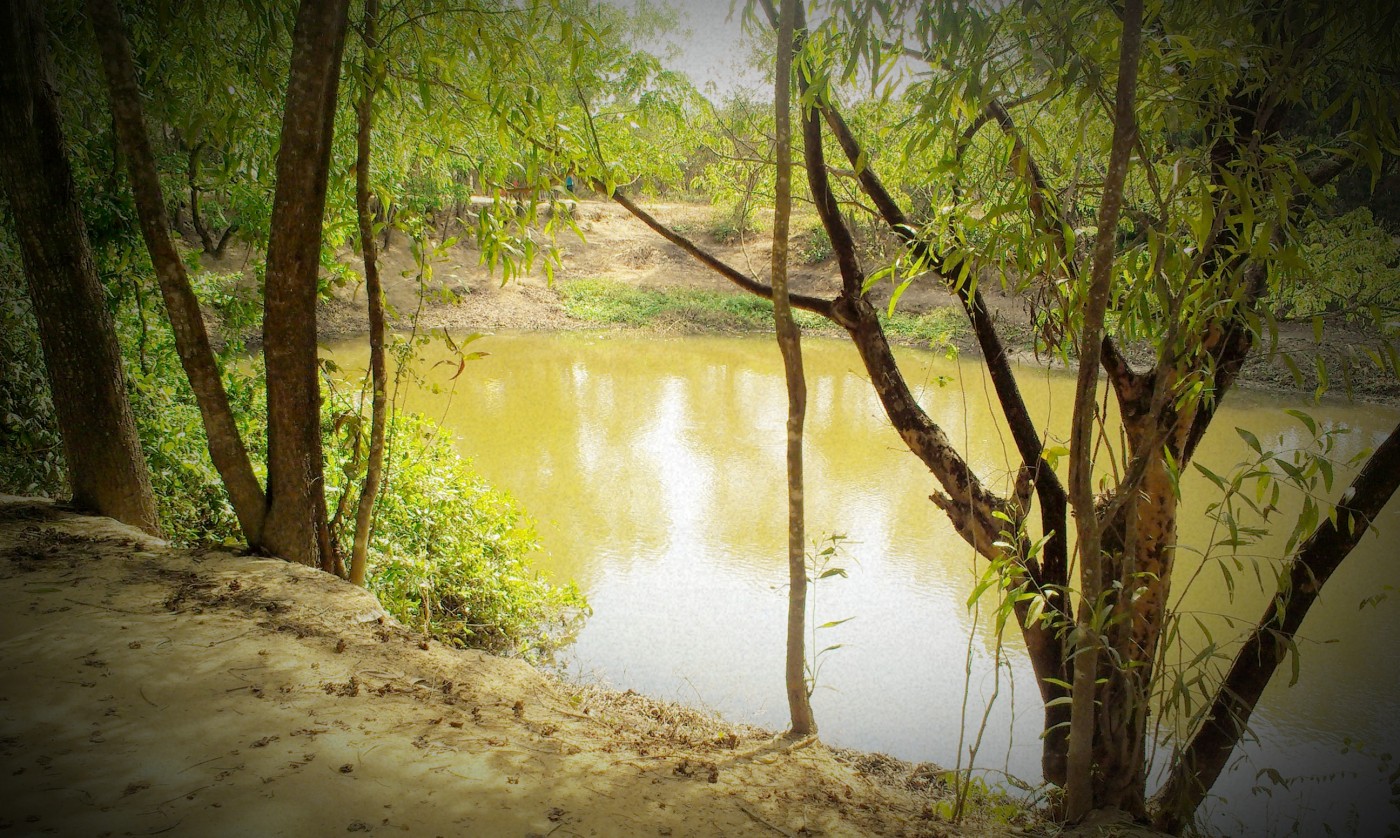 Cheong Ek Genocidal Center, Phnom Penh – I was here a month ago. Now I’m back with a team from our church. My team members are listening to the audio guide as they time travel to what happened here more than 30 years ago. I chose not to have an audio guide this time. What I’m doing now is listening to what God is saying to us.

I want to hear God complete this: “I brought you here in Cambodia because…”

As I ponder more, I believe it has something to do with the story of this place.

The Cheong Ek Genocidal Center is just one of about 300 killing fields throughout Cambodia. Here you can find mass graves of tens of thousands among the 3 million Cambodian men, women and children brutally killed by their own countrymen – Pol Pot and his Khmer Rogue.

Pol Pot, under the influence of communist ideals, desired a new Cambodia, free from any Western and religious influences. So for about five years (1975-1979), he led a violent movement of eradicating the country of educated people including teachers, religious leaders and followers (Buddhists and Christians), engineers, scientists, and many others. They tortured them, raped their women and smash their infants against the nails posted on trees. They didn’t want to waste bullets, they said.

You see, this land is engulfed in massive darkness. They went through a lot of excruciating physical and emotional pains. It was true then, it is still true today. Although Pol Pot was already dead, although the barbaric genocide was over, yet there still remains a massive darkness hovering over this land. There’s still a lot of pain hidden in the hearts of the people here.

What’s happening now and what happened three decades ago are just some of the reasons God has brought us here. We need to go further back in history.

The main reason we are here is because of what happened 2,000 years ago in Golgotha (“The Place of Skulls”), located just outside the walls of Jerusalem, the place where the Romans executed the worst criminals.

Here they killed Jesus the Son of God and the only perfect, sinless, and righteous Man who ever lived. He was accused of crimes he did not commit. He was tortured, mocked, humiliated. On the day he died, the sky turned dark. He bore the wrath of God as our substitute.

We are all sinners like Pol Pot. We all turned our backs on God. But he gave his grace through Jesus. He died for our sins, to bear our shame and pain. He rose from the dead in three days that we might live. And when I say “we”, I mean not just we Filipinos but also including the Cambodians.

That’s the reason we are here. Jesus is now reigning over this land. This is his land. He has won it on the cross.

We are here to proclaim that victory, forgiveness, freedom, healing and life can be found only in Jesus. That he came not to kill but that the Cambodians might have life and have it to the full (John 10:10).

God sent us here to shine the light of Jesus in this dark place (Matthew 5:16).

We are here because we believe Cambodia is no longer a killing field. It is now God’s harvest field.

One thought on “A Killing Field No More”